Chordle has a number of shortcuts that can be configured to work with your keyboard or foot switches/pedals:

To change the default key or pedal: 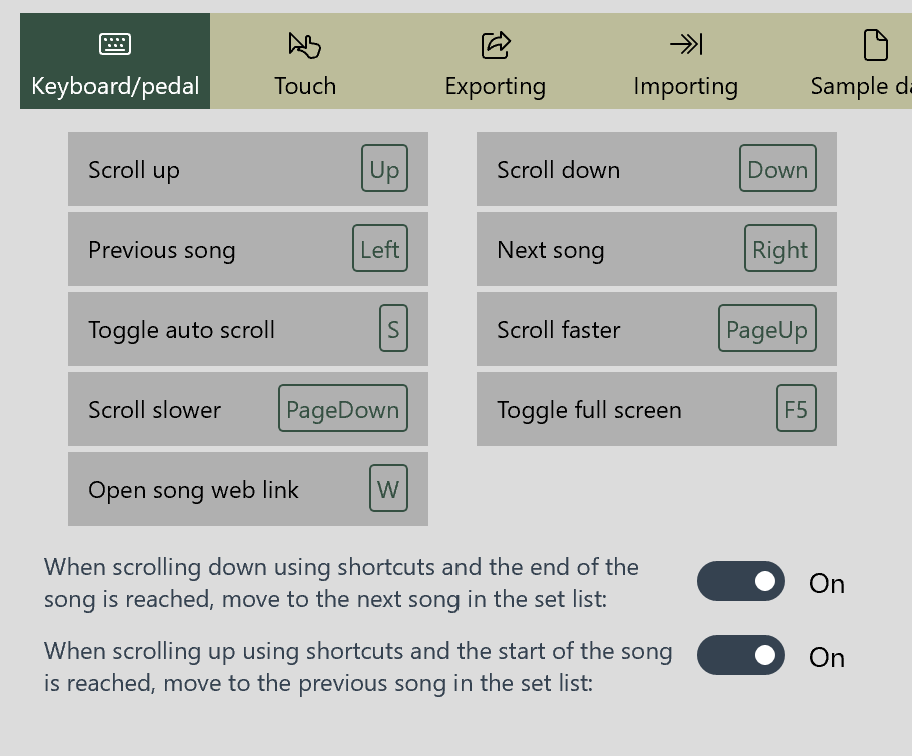 Chordle supports any pedal that sends keyboard signals to your computer. For example, the AirTurn PEDpro can be used to send left and right arrow keys to your device. By default this will move between the previous/next songs in your set list.